On “Loner," the opening track of Queen Zee's self-titled debut album, the Liverpool quintet goes from giving an ex a cheeky kiss-off to totally owning their misfit status. Queen Zee serves their unabashed outlook and frenzied riffage hot. It's an energy that reminices the local punk scene, the group's stomping grounds. But bandmates Zee, Jay, Ash, Frank, and Dave aren't sticking to the same old rituals.

In a sense, Queen Zee started as a call for representation. While a punk scene, queer scene, and DIY scene exist in Liverpool, they had all still felt like separate worlds. Queen Zee's music is one of the few to create a space where the cultures merge. Songs like “Lucy Fur" tap into classic punk angst and are followed by ones like “Sissy Fists," a battlecry urging for queer empowerment. Each feel like personal narratives written in all caps, making apparent what the band stands for.

Last.fm: What's the story behind all the references in “Loner?" It feels very specific and directed to someone in particular.
Jay: I think you're probably best to answer this.
Zee: There's quite a few references! Which one are you referring to?
Last.fm: Off the top of my head, the Steely Dan one comes to mind.
Dave: I think that one comes from , for a while in the band, we would listen to a lot of Steely Dan…
Zee: Also, with the lyrics, “Living off that time you sold weed to Steely Dan," I feel as if when you tour as a band, you meet a lot of people who want to tell you their stories and they're always really vague. They're always like, “Yeah, this one time in 1970, I sold a twenty gram to Steely Dan." And I kind of love that. I kind of love when people remember those fractions of a second they spend with a band. It just stays with you forever. isn't actually about anyone in particular. There are a few in there that are, though, but I'll keep that one to ourselves.
Jay: There's that one.
Dave: Oh yeah, there's that one.
Jay: Should we throw some shade?
Dave: No, don't throw shade. There's no shade here!
Zee: We love Steely Dan.

“Maybe what holds all of those songs together is that they just felt really natural and we didn't really edit them too much," frontperson Zee says. “That's just kind of what comes out when we get into a room together."

The end result is a brand unique to Queen Zee, dismantling the toxic machismo pervasive in punk and instead embracing their world through color and riotous thrills. It's a feat that especially comes through at the band's live shows where fans are often face-to-face with the band. Glamour and glitter are welcome and everybody is in the moment and in their element. For Zee, these things drive the songwriting process.

“I don't think in a musical way at all when I write a song," Zee says. “I can kind of envision it live or the video for it—how it's going to look as a whole package rather than 'This sounds kind of good.' As I've gone on writing, I think I've tried to be more musical than visual, but I think it always comes back to that. It comes back to wanting to create this cartoon-ish caricature of myself."

These days, Queen Zee are bringing their empowering anthems and DIY nature to larger audiences. The band performed at KEXP's International Clash Day earlier this year, playing songs off their full-length album for the Seattle-based radio station.

“We got an email that said 'would you like to come play with IDLES, Goat Girl, and Heavy Lungs to celebrate The Clash and we were like “Yes!" Zee says. “We used to watch all the KEXP sessions as well…, so it was really cool. We met Cheryl and Kevin Cole. It was a really amazing time.

Queen Zee also ripped it up at The Pit stage at this year's Reading Festival. 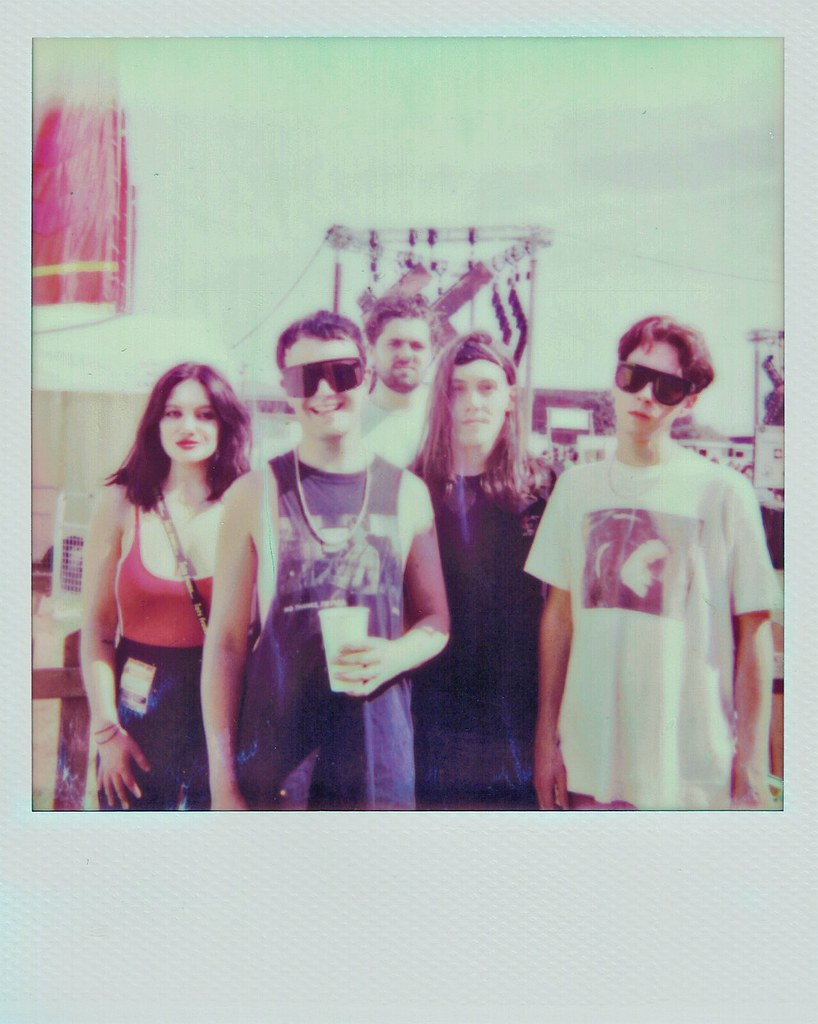 “We did in 2017 too and we were on the Introducing Stage," Zee says, looking back on the band's first major festival performance. “That was just like really overwhelming. We didn't really get to take it in. It's really nice to come back like a couple years later with a full show."

On the band's current obsessions…

Zee: Loads of The Beatles. We've all got obsessed with The Beatles recently.
Ash: No, not all of us!
Zee: Me and Frankie got really obsessed with The Beatles recently.
Dave: Lots of Lil Uzi Vert.
Jay and Frank: And Stormzy, Viagra Boys.
Ash: I think it's mostly who we get to see on a whim during festival season. We're on a tight schedule, so we don't get to check out new artists and such, but we definitely get to check out headliners we haven't seen before. We're all still catching up on some newly famous artists.