Jonas Brothers have all the happiness to share on reunion tour

The Jonas Brothers had sparks flying as soon as the opening note hit at their sold-out San Francisco show. The trio, posed like superheroes on a beam, descended from the heights of the new Chase Center arena as thousands of fans below roared the words to “Rollercoaster." The triumphant cut encompassed the milestone that is 2019's Happiness Begins, and just the night before, the group received platinum plaques for the album. These accomplishments and highs aside, Joe, Kevin, and Nick made it clear that their happiness comes down to something even more substantial: family.

Their return as a band follows six years of each brother pursuing their own separate lives and projects. Much of the new record and live performance reflected the personal and creative growth that resulted in their time apart. At times, it took form in something as straightforward as different sounds and subject matter. Songs like “Cool" and “Only Human" dove into tropical '80s grooves, while the hymnal “Comeback" leaned into the brothers' religious background. Nuances could also be found in the cinematic visuals, which often depicted the trio reconnecting with younger versions of themselves as a means to restrengthen their sibling bond. But most memorably, their chemistry and charisma onstage were radiant and felt the way three brothers just having fun should. 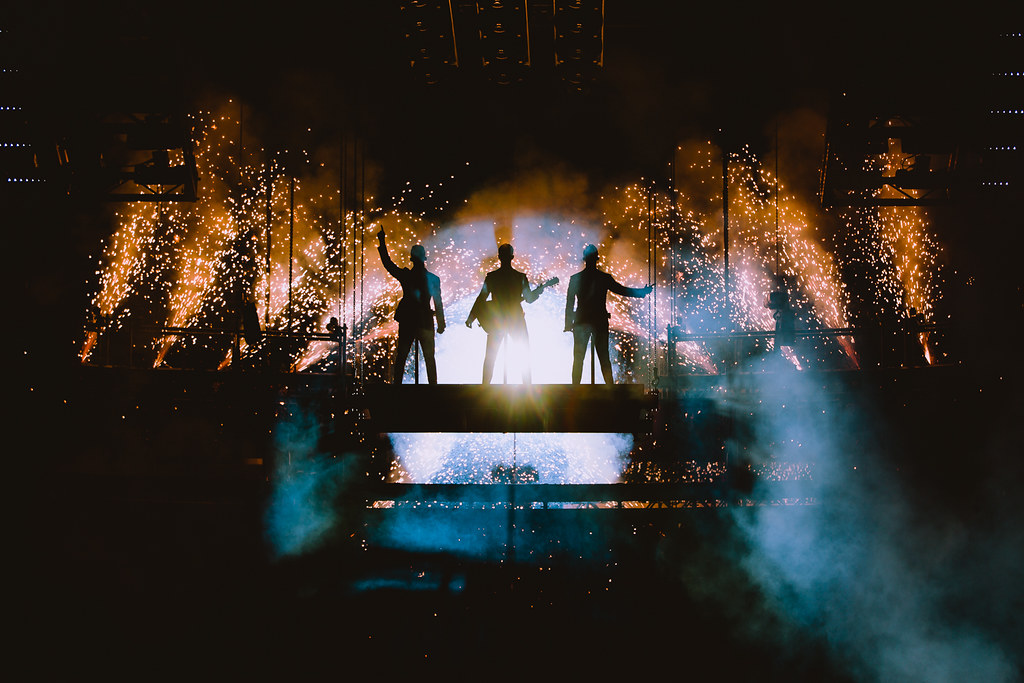 The performance even gave each brother's separate journeys a moment to shine. Nick performed his hit song, “Jealous," with Joe taking vocals on the second verse. Joe then broke into DNCE's party-starting anthem, “Cake By The Ocean," with confetti and those dancing tube man inflatables to complete the mood. And before Kevin hit the first notes of “Comeback" on the piano, a special visual aired that included his two daughters.

When the Jonas Brothers weren't jumping around on the main stage, they were serenading fans almost face-to-face on the B-stage, which at one point, rose high above for the soaring harmonies of “Hesitate." The audience felt like a big family reunion in itself, consisting of “Jonatics" from across the band's different eras (as evidenced by many who wore tour shirts from earlier aughts). In between love ballads “When You Look Me In The Eyes," and “I Believe," Nick took a minute to send fans gratitude. 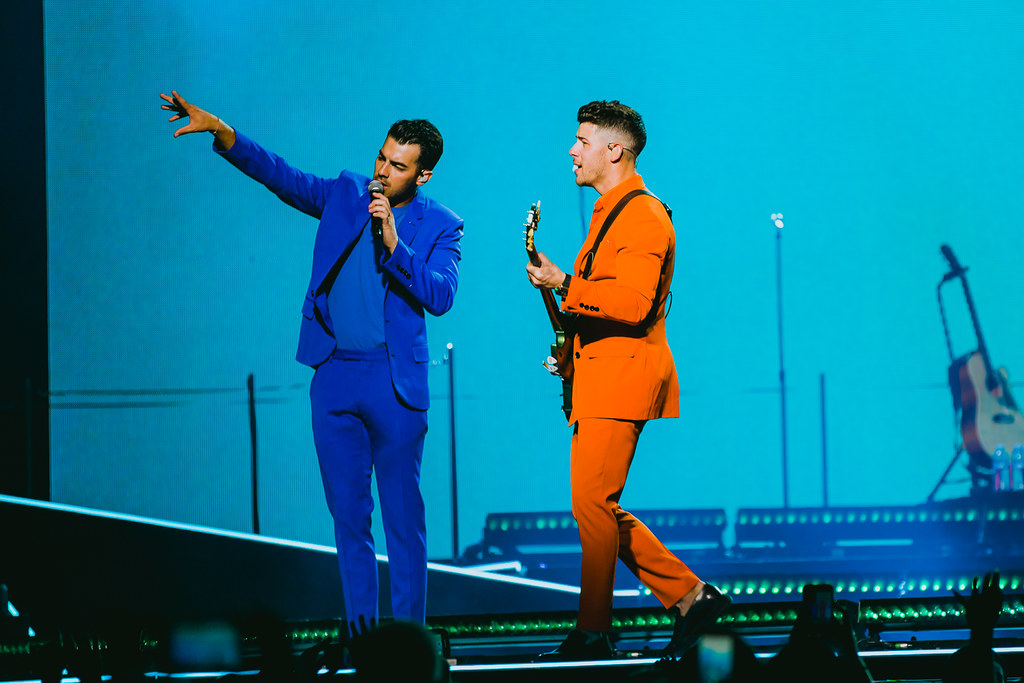 “There's a moment right before the show begins: we're way up high and we can look out and see each and every one of you before you can see us. It's my favorite part of the show," Nick said. “Because what we tried to do is bottle up all that happiness that we felt in and in this album, so to see the joy on all of your faces—it makes us feel so good. We know how dark times are right now in the world and the fact that we get to all come out here and escape and celebrate life, love, music, family—it's a beautiful thing."

The Jonas Brothers also gave special nods to “all the OG fans." On top of bringing out classic cuts “S.O.S.," “That's Just The Way We Roll," and “Fly With Me," they took fan requests and played “Can't Have You" and “Gotta Find You" from Disney Channel's Camp Rock on the spot. They also performed a seven-song medley that included the likes of “Mandy" and “Hold On," and then closed their first set with “Lovebug" and “Year 3000." Amid the throwbacks, their live band was on point and delivered each riff with searing energy. 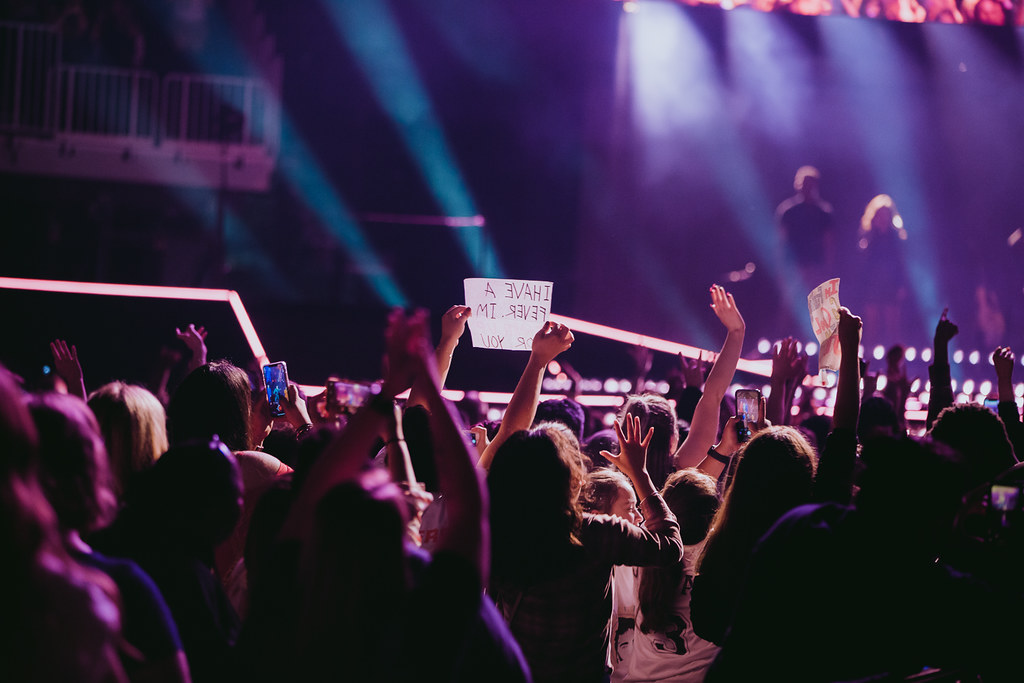 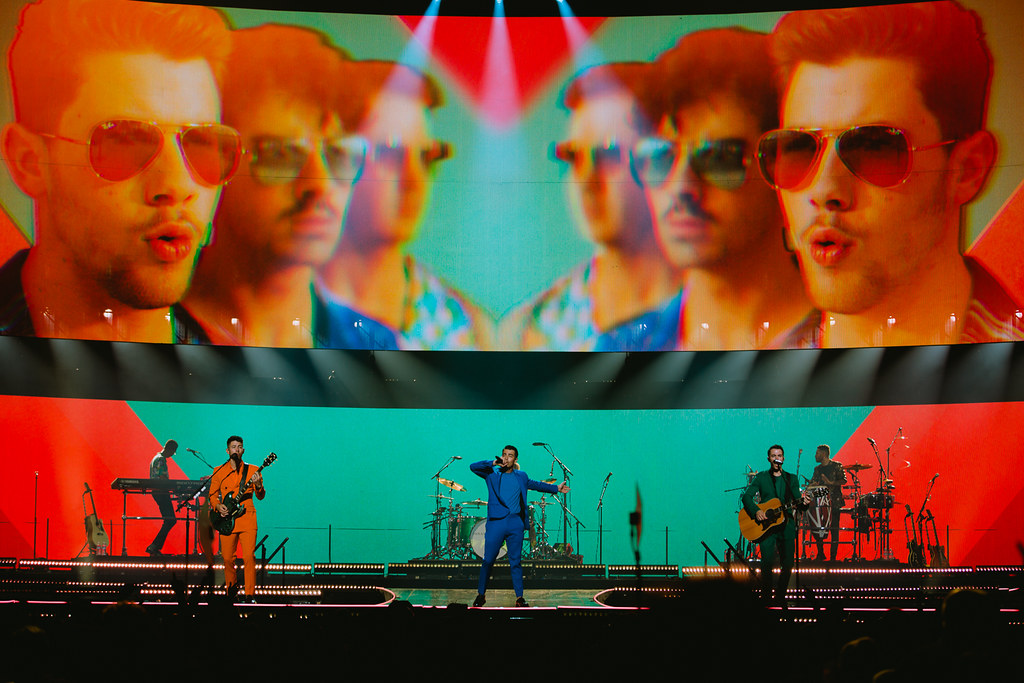 Upgrading from sparks to full-on flames, the Jonas Brothers opened the encore with a fiery performance of “Burnin' Up." And with an arsenal of confetti, they closed the show with the single that first brought the Jonas Brothers back into the world: “Sucker."

The evening opened with Bebe Rexha and Jordan McGraw. Rexha, backed by two dancers, brought a feisty set that combined elements of pop, EDM, and country. Songs she performed included “I'm A Mess," “Call You Mine," and Post Malone's “Better Now." McGraw delivered pop bangers “FLEXIBLE," “Met At A Party," and even a short cover of Blink-182's “What's My Age Again?" 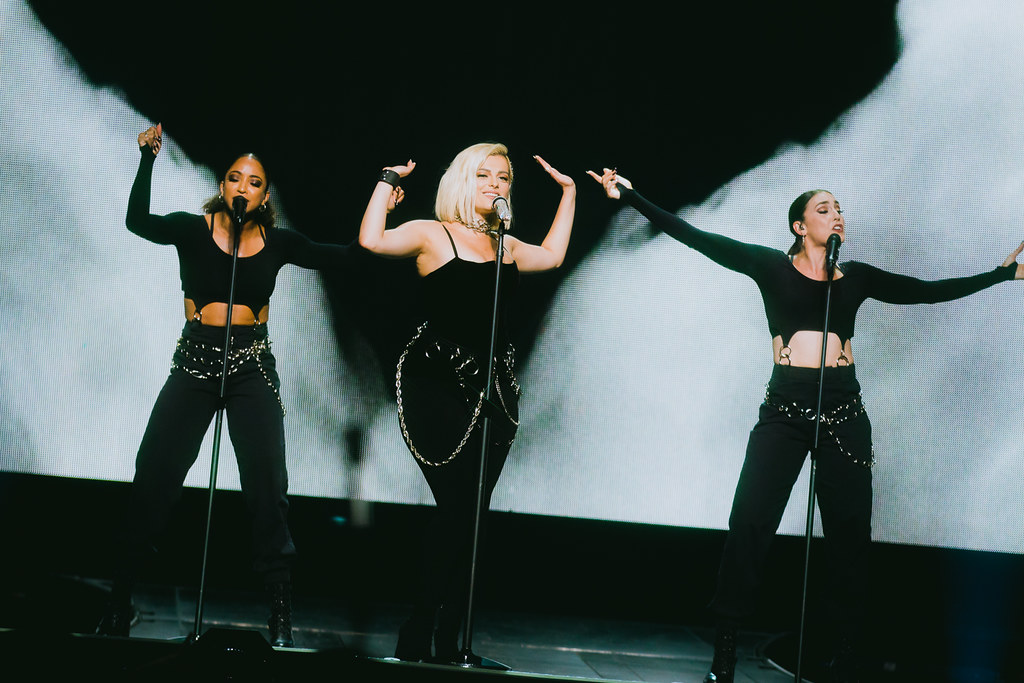 More photos from the show below! 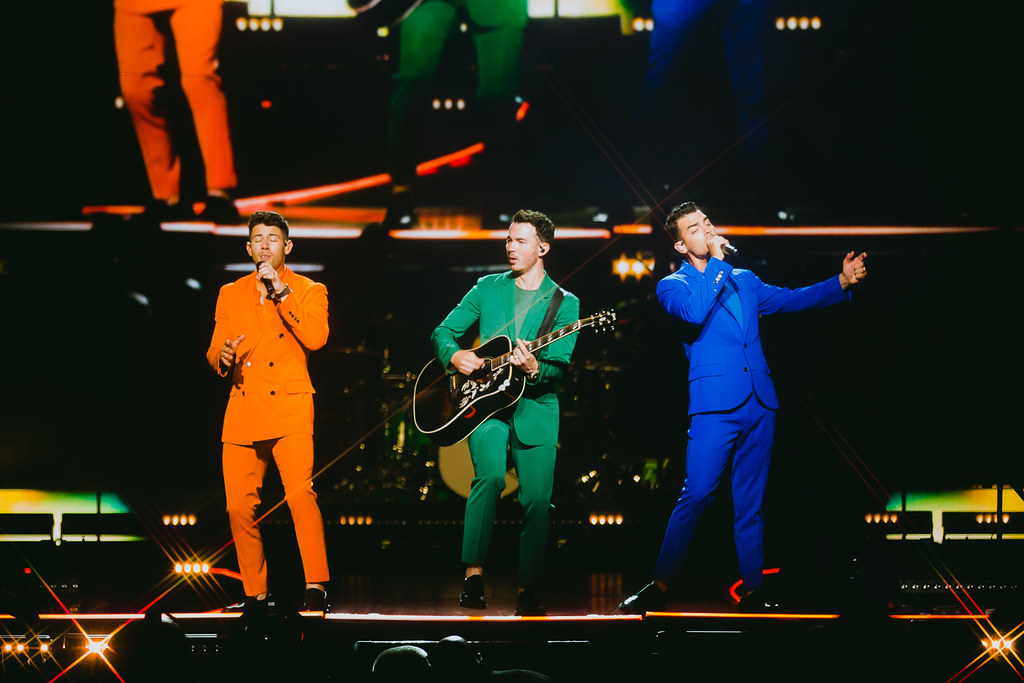 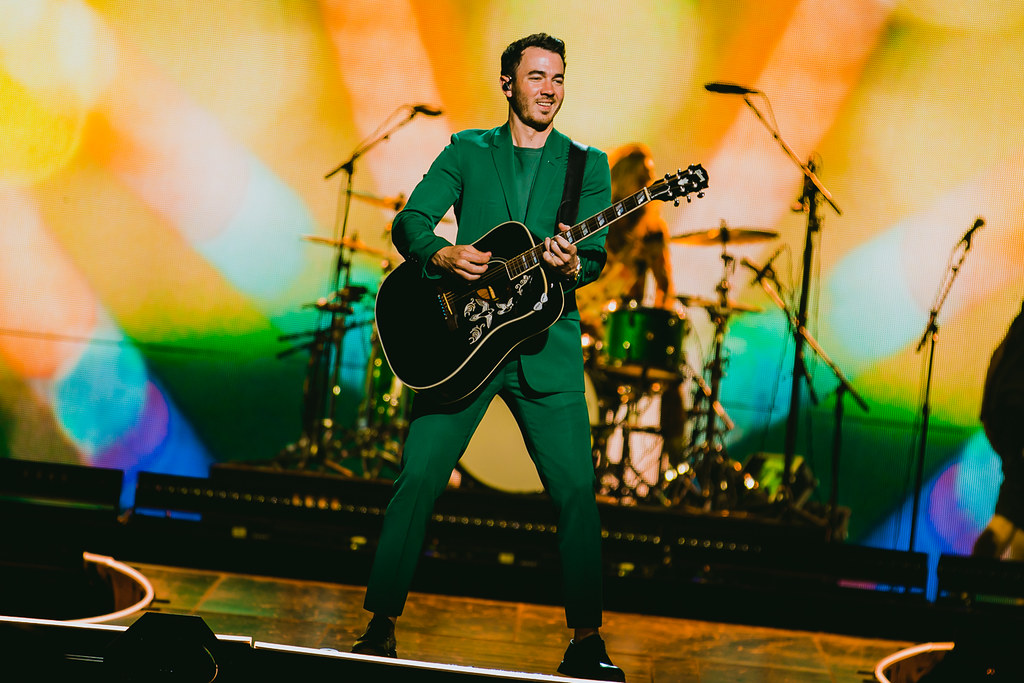 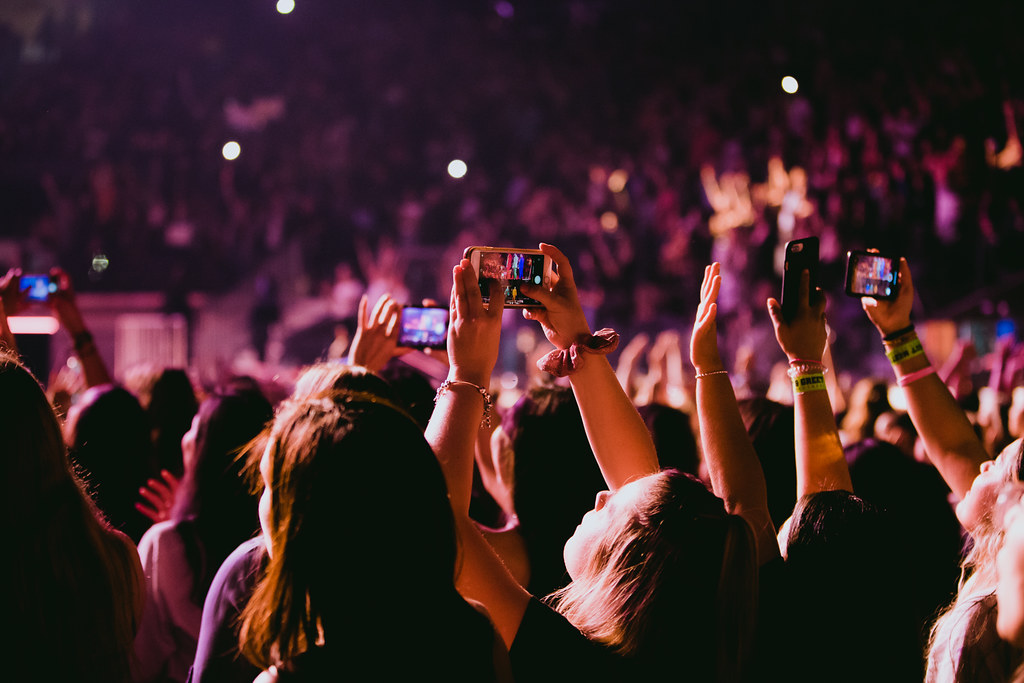 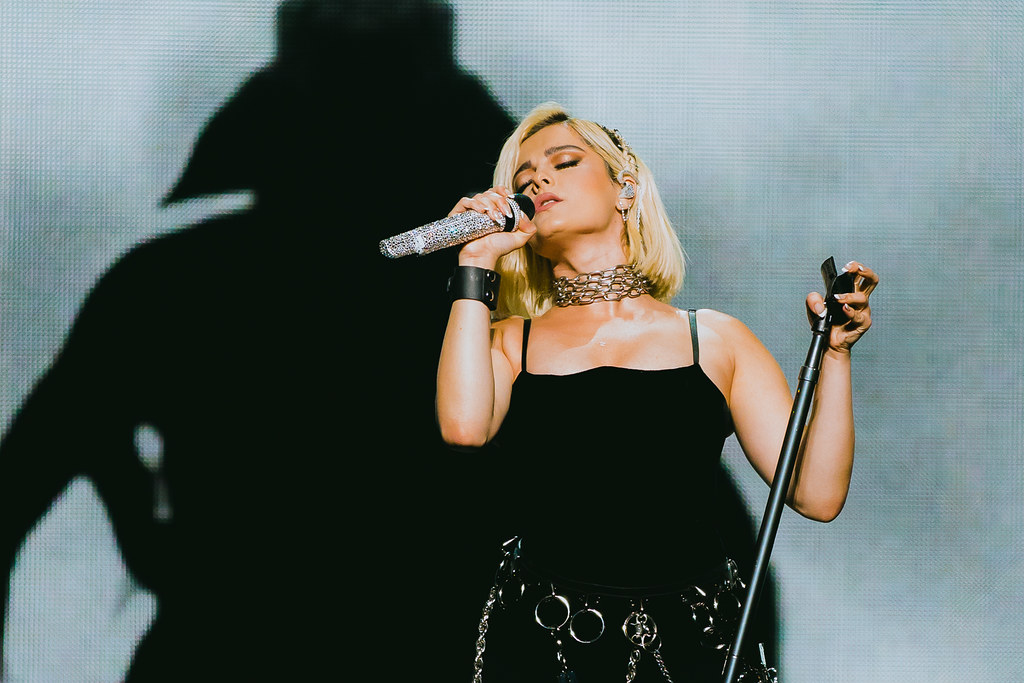 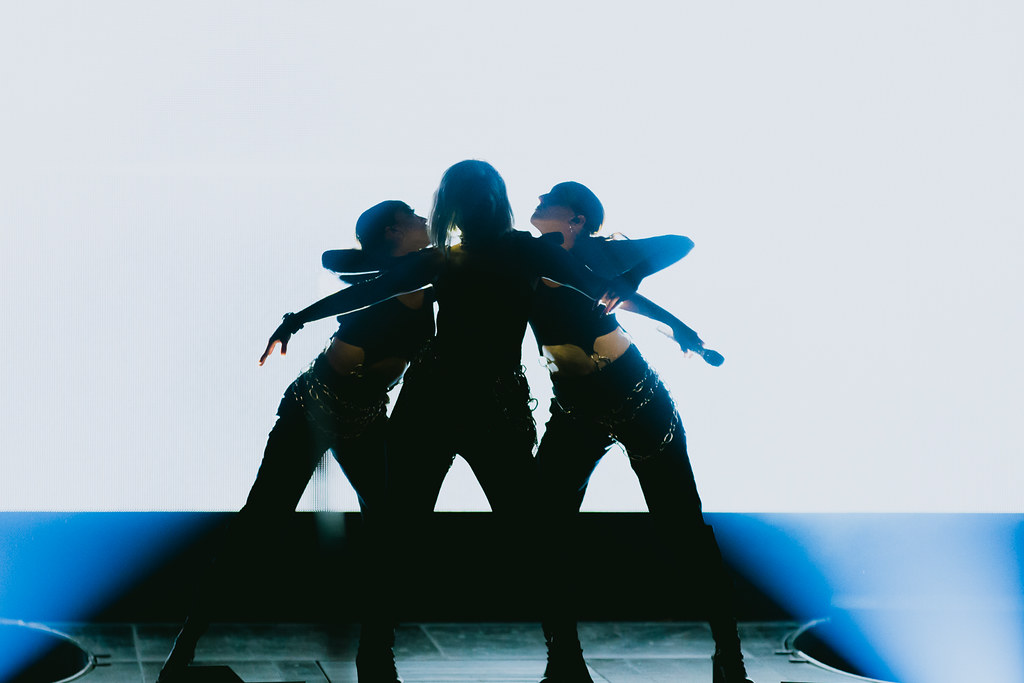